It is not too much to say that General Force has compressed into his volume more of the details of the campaigns of which he treats than are contained in any other volume of war history yet issued. His style is plain and condensed. He deals neither in criticisms nor praises, but so far as he covers the ground contents himself with stating the facts as presented in the wide range of reports, both Union and Confederate, which he has evidently studied with care. 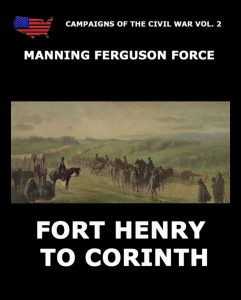 Campaigns Of The Civil War Vol. 1 – The Outbreak Of Rebellion

Campaigns Of The Civil War Vol. 1 – The Outbreak Of Rebellion – John G. Nicolay.

John G. Nicolay (1832-1901) was an undeniably apt and brilliant choice to inaugurate the landmark Campaigns of the Civil War series. Private secretary to President Lincoln and coauthor (with John Hay) of the monumental, ten-volume Lincoln biography, Nicolay experienced the Civil War from a unique vantage point: living in the White House, witnessing the many momentous events and minor wranglings, sharing the nation’s trauma with Lincoln, and winning his open confidence. It is Nicolay’s firsthand knowledge and personal observations of the key figures that imbue The Outbreak of Rebellion (1881) with immediacy and thrust. Here is the secession fever that swept the South; Lincoln’s … Read more.../Mehr lesen ...

Campaigns Of The Civil War Vol. 3 – The Peninsula

The Peninsula Campaign (also known as the Peninsular Campaign) of the American Civil War was a major Union operation launched in southeastern Virginia from March through July 1862, the first large-scale offensive in the Eastern Theater. The operation, commanded by Maj. Gen. George B. McClellan, was an amphibious turning movement against the Confederate States Army in Northern Virginia, intended to capture the Confederate capital of Richmond. McClellan was initially successful against the equally cautious General Joseph E. Johnston, but the emergence of the aggressive General Robert E. Lee turned the subsequent Seven Days Battles into a humiliating Union defeat. 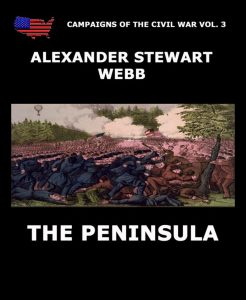 Campaigns Of The Civil War Vol. 3

Personal Recollections of the Civil War

This volume does not claim to be a tactical, or strategic history of the campaigns of which it treats; it aims rather to be a narrative of the every-day life and experience of the private soldier in camp and field-how he lived, how he marched, how he fought and how he suffered. No sooner had some of the volunteers reached the front, and been subjected to the hardships and exposures of army life, than they fell sick, were sent to the hospital and were discharged without passing through any serious campaigns. Others were wounded early, were disabled and were never able to return to their regiments. The more fortunate passed … Read more.../Mehr lesen ...

William Tecumseh Sherman was an American soldier, businessman, educator and author. He served as a General in the Union Army during the American Civil War (1861-65), for which he received recognition for his outstanding command of military strategy as well as criticism for the harshness of the “scorched earth” policies that he implemented in conducting total war against the Confederate States. These are not only his complete memoirs, but also a perfect narrative and a thrilling account of the Civil War Years. 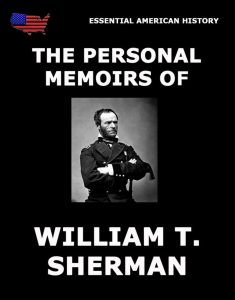 This book is an interesting addition to the voluminous biographical literature of the war that has been made in the Memoirs of Robert E. Lee. General A. L. Long of the Confederate Army was a friend and fellow-soldier of Lee. This large volume has been written under great difficulties, the author having lost his sight; but, like some more eminent American historians who have worked under similar disadvantages, he has not slighted his task, but has made diligent use of a great body of material. The work is not autobiographical, of course, but makes large use of the words and records of General Lee. Its value … Read more.../Mehr lesen ...