This book contains the record of a journey made by a party of gentlemen from Philadelphia to Kansas and back, during the month of November, 1866. The object of the excursion was to examine the condition of the Union Pacific Railway, Eastern Division, to assemble in council, at Leavenworth, those who were specially interested in it, and to make such scientific and industrial researches along the route as might be of advantage to the enterprise. How this was effected has already been laid before the public in several prominent journals. The writer has taken pains in these letters to depict, as truthfully as possibly his experience and impressions of this very interesting … Read more.../Mehr lesen ...

A Tour on the Prairies

A Tour on the Prairies – Washington Irving

The productions of Washington Irving are deservedly held in high estimation, not so much, perhaps, for their intrinsic merits as literary compositions, although in this respect they hold no mean position, as for the inimitable tracings of adventurous life which they display through all their gradations and variety, and for the interest they keep alive in the reader, without outraging nature. Several hundred miles beyond the Mississippi extended a vast tract of uninhabited country, where there is neither to be seen the log-house of the white man nor the wigwam of the Indian. It consisted of large grassy plains, interspersed with forests and groves, and watered by the Arkansas, the Grand Canadian, … Read more.../Mehr lesen ...

Letters from an American farmer

St, John (Crèvecœur) wrote these “Letters” during a period of seven years prior to the American Revolutionary War, while farming land near Orange County, New York. They are told from the viewpoint of a fictional narrator in correspondence with an English gentleman, and each letter concerns a different aspect of life or location in the British colonies of America. the letters are written in a spirit of touching simplicity, almost better than Chateaubriand. You’d think neither of them would ever know how many beans make five. This American Farmer tells of the joys of creating a home in the wilderness, and of cultivating the virgin soil. 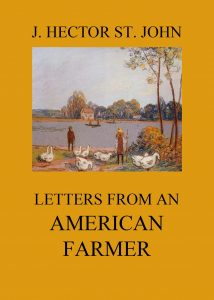 Letters from an American

A narrative of a journey from Annapolis, Maryland, through Delaware, Pennsylvania, New York, New Jersey, Connecticut, Rhode Island, Massachusetts and New Hampshire, from May to September, 1744. Dr. Hamilton’s work is widely recognized as an unique document of the life in colonial America. 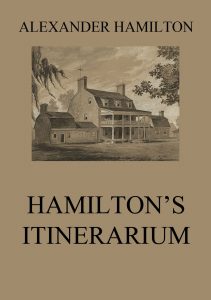 Biography of Alexander Hamilton (from Wikipedia):

Alexander Hamilton (January 11, 1755 or 1757 – July 12, 1804) was an American statesman and one of the Founding Fathers of the United States. He was an influential interpreter and promoter of the U.S. Constitution, as well as the founder of the nation’s financial system, the Federalist Party, the United … Read more.../Mehr lesen ...

Eliza Southgate Bowne was the writer of a series of charming letters which are now published with the subtitle of “A Girl’s Life Eighty Years Ago”. They give a delightfully vivacious picture of the aristocratic society of the early days of the Republic, the names of many belles and famous men appearing in the girl’s correspondence. The letters here printed have more than the interest of contemporary records; they point inward, with a thousand delicate and sparkling touches, the portrait of a lively and beautiful girl, with a character as striking and individual as the face that Malbone has drawn for us on ivory. Never was a reigning beauty more spirited, never was … Read more.../Mehr lesen ...

The Journals of Nicholas Cresswell

These are the journals of Nicholas Cresswell, who sailed to the American colonies after becoming acquainted with a native of Edale who was now resident in Alexandria, Virginia. He was 24 years old when he arrived and for the next three years he kept a journal of his experiences, along with comments on political issues. He became unpopular due to his opposition to the patriot cause in the American War of Independence. 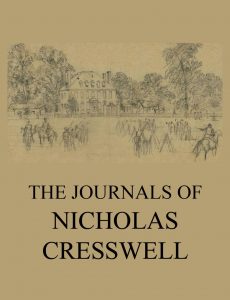 The Journals of Nicholas Cresswell

The Journals of Nicholas Cresswell.

American exploration in the 18th century (from Wikipedia):

Anthony Henday was the first to have seen the Rocky Mountains, … Read more.../Mehr lesen ...

Travels through the interior parts of America

Travels through the interior parts of America – Thomas Anburey

Thomas Anburey was a British explorer and author of this narrative of his travels in North America in the 1770s-1780s. Anburey served under General John Burgoyne in the Battle of Saratoga. The travel narrative consists of more than eighty letters and draws a picture of life in America in the late 18th century. 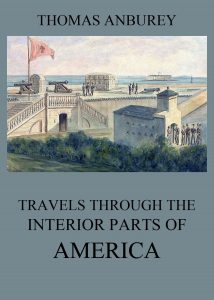 Travels through the interior parts of America

Travels through the interior parts of America.

American exploration in the 18th century (from Wikipedia):

Anthony Henday was the first to have seen the Rocky Mountains, in 1754, but curiously did not mention it in his journals. From his … Read more.../Mehr lesen ...

The Bank of Faith and Works United

The Bank of Faith and Works United – Dorothy Ripley

Dorothy Ripley was a British evangelist who came to America in 1801, where she died in Virginia. Although she was a Quaker by confession, she had been raised a Methodist. She traveled thousands of miles in both the United States and Britain on the camp meeting circuit. This book contains the letters she wrote on her missionary travels in 1805. 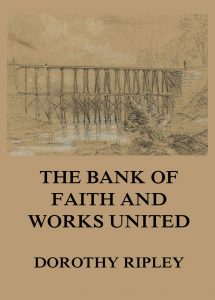 The Bank of Faith and Works United

The Bank of Faith and Works United.

In 1766, Reverend Laurence Coughlan arrived in Newfoundland and opened a school at Black Head in Conception Bay. … Read more.../Mehr lesen ...

The Journal of Jasper Danckaerts

Jasper Danckaerts was the founder of a colony of Labadists along the Bohemia River, located in the present US state of Maryland. The narrative of his journey in 1679 and 1680 offers a description of the landscape and the lifestyle of inhabitants of the region in the late 17th century. The diary is one of the earliest description of the region that had been part of New Netherland, now New York, New Jersey and Delaware. 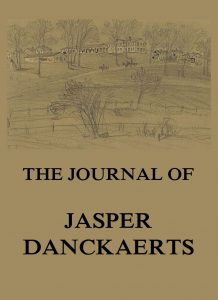 The Journal of Jasper Danckaerts

The Journal of Jasper Danckaerts.

Biography of Jasper Danckaerts (from Wikipedia):

Jasper Danckaerts was the founder of a colony of Labadists … Read more.../Mehr lesen ...

Memoirs of an American Lady

With Sketches of Manners and Scenes in America as they existed previous to the Revolution. Mrs. Grant of Laggan, as she was called, spent several years of her childhood in America, where her father was in the military service, returning to Scotland in 1770, at the age of ﬁfteen. The “ American lady ” who is here described is Mrs. Schuyler of Albany, an aunt of Gen. Schuyler, a lady of great character and intelligence, in whose household the young Scotch girl was for some time on a very intimate footing. The volume shows a remarkable tenacity of memory, as well as a graceful and animated pen. The first forty-three chapters … Read more.../Mehr lesen ...