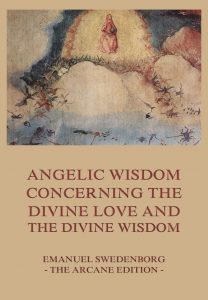 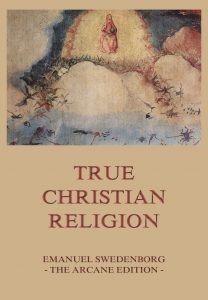 At the end of the 19th century Annie Rix Militz was one of the most known spiritual leaders in the United States and soon became one of the leaders of the New Thought movement. This edition includes the following writings: 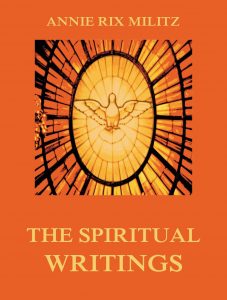 A short biography of Annie Rix Militz (from wikipedia.com)

Annie Rix Militz was born in California in March, 1856, the first child of Hale and Annie P. Militiz.

She was a schoolteacher in San Francisco in her early thirties when she attended a class taught by Emma Curtis Hopkins, the New Thought “teacher of teachers”. During the meeting Annie found herself healed of both a migraine and deafness in one ear.

That same year, 1887, saw Annie, Harriet, and Sadie Gorie found the Christian Science Home, soon renamed the Home of Truth. In 1890, she moved to Chicago to study at Emma Curtis Hopkins’ Christian Science Theological Seminary and was ordained, along with Charles and Myrtle Fillmore, the following year. Read more/Mehr lesen...

The writer of this book desires to say that, in preparing the work, it has been no part of his design to express his individual opinions upon the topics discussed. His purpose has been to suggest the opinions of others, especially of a class of men scarcely recognized as existing in the world. The art they profess, called after the name of Hermes, Hermetic Philosophy, is so little known at the present day that the name of it by no means indicates it. The adepts profess to be, or to have been, in possession of a secret, which they call the gift of God. The art has been prosecuted under many names, among which are Alchemy, Astrology, and even Chiromancy, as well as Geomancy, Magic, &c., under all of which names it has had deluded followers, who have been deceived, as those who claim to be true artists say, not by the art itself, which never ” did betray the heart that loved it,” but by their own selfish passions, which play the Asmodeus with so many that the few who escape delusion are mystical, not to say mythical, beings who are supposed to have lived upon dreams. Read more/Mehr lesen...

This book is the sequel to the author’s major success Patriarchs and Prophers and the second in the series Conflict of the Ages. It spans sacred and biblical history, beginning with Solomon, the Temple and its dedication. It gives detailed information on the prohets of the Northern Kingdom, preachers like Ahaz and Hesekiah and many more. All topics are related in an interesting, narrative style that charms the reader and opens up to him new beauties in the Scriptural record. 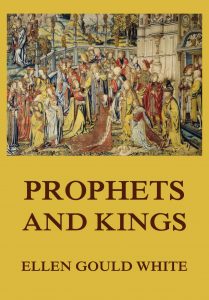 This is an exposition of the internal or spiritual sense of the books of Genesis and Exodus, according to the law of correspondences. It unfolds the spiritual significance of the creation; of the stories of Adam and Eve, and of the deluge; of the lives of the patriarchs; of the captivity of the chosen people in Egypt and of their deliverance therefrom, and of their subsequent history; of the ritual of the Jewish religion, its sacrifices and observances:—and in general, traces the foreshadowing through both books of the incarnation and glorification of the Lord Jesus Christ. Many passages from other parts of the Word are also fully explained. Relations of things heard and seen in the spiritual world are interspersed, explaining the process of dying, and of man’s resuscitation and conscious entrance into the interior life; the nature of the soul; of heaven and heavenly joy;and of hell, its nature and its miseries. It also treats of the Grand Man, or the whole angelic heaven, and the correspondence of the societies therein with the different organs and senses of the body; the origin and correspondence of diseases; the spirits and inhabitants of the various planets, and of other earths in the starry heavens. All of which are related to a true understanding of the Divine Word. This is book #1 out of 12 and covers Genesis 1 – 9. Read more/Mehr lesen...

This is just the book for a gift to your friend or members of your Sunday-school class. It contains fifteen chapters written from an intimate knowledge of the human soul’s longing for greater nearness to the Saviour, by one who has long walked with the Master and knows his ways. It is a book which should have a wide circulation for the marvelous good that it can do. 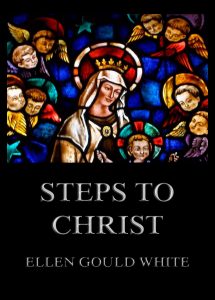 White reported her visionary experiences to her fellow believers. James White and others of the Adventist pioneers viewed these experiences as the Biblical gift of prophecy as outlined in Revelation 12:17 and Revelation 19:10 which describe the testimony of Jesus as the “spirit of prophecy”. Her Conflict of the Ages series of writings endeavor to showcase the hand of God in Biblical history and in church history. This cosmic conflict, referred to by Seventh-day Adventist theologians as the “Great Controversy theme”, became foundational to the development of Seventh-day Adventist theology. Her book on successful Christian living, Steps to Christ, has been published in more than 140 languages. Read more/Mehr lesen...

Historia Calamitatum – The Story Of My Misfortunes – Peter Abelard

The Historia Calamitatum (A history of my calamities) is an autobiographical work by Peter Abelard, one of medieval France’s most important intellectuals and a pioneer of scholastic philosophy. It is written in the form of a letter and highly influenced by Augustine of Hippo’s Confessions. Peter Abelard was a pioneer of philosophy and university alike. The Historia Calimatatum provides readers with knowledge of his views of women, learning, monastic, life, Church and State combined, and the social milieu of the time. 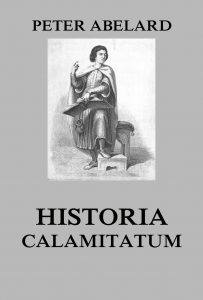 Historia Calamitatum – The Story Of My Misfortunes.

The philosophical thought of Peter Abelard (from wikipedia.com)

The general importance of Abelard lies in his having fixed more decisively than anyone before him the scholastic manner of philosophizing, with the object of giving a formal, rational expression to received ecclesiastical doctrine. Though his particular interpretations may have been condemned, they were conceived in essentially the same spirit as the general scheme of thought afterwards elaborated in the 13th century with approval from the heads of the Church. Read more/Mehr lesen...

“Science And Health” is the foundational textbook on the system of physically, emotionally or mentally healing your mind and body. It is based on Mary Baker Eddys discoveries and what she afterwards named Christian Science. The book offers new spiritual insights on the scriptures and briefs the reader with regard to his relationship with God. 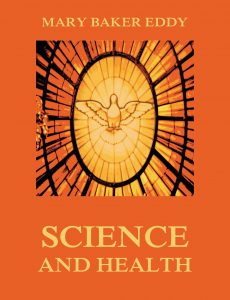 Eddy separated from her second husband Daniel Patterson, after which she boarded for four years with several families in Lynn, Amesbury, and elsewhere. Frank Podmore wrote:

But she was never able to stay long in one family. She quarrelled successively with all her hostesses, and her departure from the house was heralded on two or three occasions by a violent scene. Her friends during these years were generally Spiritualists; she seems to have professed herself a Spiritualist, and to have taken part in séances. She was occasionally entranced, and had received “spirit communications” from her deceased brother Albert. Her first advertisement as a healer appeared in 1868, in the Spiritualist paper, The Banner of Light. During these years she carried about with her a copy of one of Quimby’s manuscripts giving an abstract of his philosophy. This manuscript she permitted some of her pupils to copy. Read more/Mehr lesen...

Swedenborg here unfolds the laws governing the spiritual world; describes the condition of good and evil spirits; and exhibits the general arrangement and surroundings of the inhabitants of heaven and hell. He treats of the form of heaven, in general and in particular; of its immensity, and of the innumerable societies of which it is composed; of the correspondence between the things of heaven and those of earth; of the sun of heaven, and of the light and heat proceeding therefrom; of representative appearances in heaven and of the changes of state experienced by angels; of their garments and habitations, their language and writings, their innocence and wisdom, their governments and worship; of the origin of heaven and its association with the human race by mean of the Word; of the future state of the heathen and of children, and of the occupations and joys of angels. He also treats of the World of Spirits, or the first state of man after death, and of the successive changes that he there passes through in preparation for his final abode; of the nature of hell, and the meaning of the terms “devil,” “satan,” “hell-fire,” and ” gnashing of teeth;” of the appearance, situation, and plurality of the hells, and of the wickedness and arts of infernal spirits. These presentations of the life of heaven and of hell are eminently practical, and in harmony with the teachings of Holy Scripture. They throw a flood of light upon many parts of the Word, and cannot fail to influence the lives of all who study them. Read more/Mehr lesen...