A Window in Thrums

“A Window in Thrums” is a very curious realistic production, but it cannot rightly be called a novel. It is rather a series of detached pictures taken from the domestic life of a Scotch weaver’s family. There is no continuous narrative. The tableaux as they succeed one another illustrate the family relations and habits, and individualize the different persons introduced. Odd as are the author’s methods, we come to know all his people quite intimately, and take a quick interest in the sayings and doings of these undemonstrative, outwardly hard and cold Scots, whose religious ardor seems strangely contrasted with their habitual stoicism of manner. “A Window in Thrums,” however, shows that … Read more.../Mehr lesen ...

When a man’s single

The career of a young Scotchman’ “Rob Angus,” is the subject of this novel. He is unusually gifted and clever, though born among the working people of a little Scotch village. His literary career is interfered with for awhile from his having to assume the care of his sister’s little child, but the little thing meets with a sad death, while attempting to carry him the letter which offers him a position on an English newspaper. The child’s death sets him free, and he goes to Silchester and becomes a reporter on the Daily Mirror. His experience as a reporter and reviewer is quite amusing, and his love affair is full of … Read more.../Mehr lesen ...

A novel to be liked, or resented, as you will, but not to be ignored. When “Sentimental Tommy” closed with two remarkable children just entering upon maturity, this sequel was foreshadowed. The scenes are in London and in Thrums; but the most critical incident happens on the Continent. The pith of it is the interior life of emotion in two characters, — a woman with the straightforward, independent spirit of a man, but with a genius for loving, and a chameleon-like man. This emotional relationship implies tragedy. But sweeter tragedy has seldom been written. Mr. Barrie’s satisfying style and delicate humor throw rosy gleams even in the darkest places of the story. 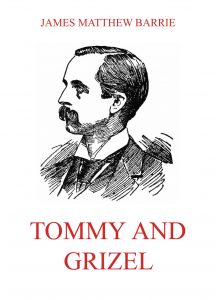 To turn from George Elliot’s Tom Tulliver to Sentimental Tommy is to encounter the maladies of the soul. It is to leave the firm and solid ground of ordinary boyhood for the quicksands of a character that is almost feminine in its subtlety, hard to understand, and harder still to love. Tommy, in his shifting moods, his substitution of feeling for principle, his delight in his own exceeding cleverness, is at times more girl than boy. Even his kindness of heart, his gentleness, his constitutional disregard of truth, his supreme emotionalism, his desire to be masterful, not by riding roughly and gayly through life, but by holding and handling and hurting the hearts of … Read more.../Mehr lesen ...

James M. Barrie was not only the creator of Peter Pan and the other famous characters of that story. He was also a brilliant dramatist and the best of his theatre works are represented in this edition. 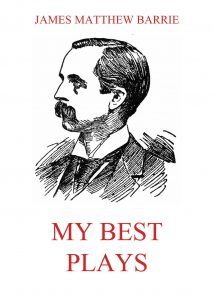 Barrie knew that he wished to follow a career as an author. However, his family attempted to persuade him to choose a profession such as the ministry. With advice from Alexander, he was able to work out a compromise: he … Read more.../Mehr lesen ...

J. M. Barrie tells the first adventures of Peter Pan in the form of a fairy story, settles the first questions of children in regard to their advent into the world, by picturing a pre-existence on an island in fairyland. Barrie’s observation of life is so thoroughly that of the artist that there is about ten times as much imagery in the book as in the average child’s story 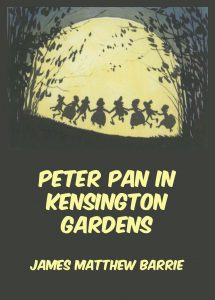 Plot summary of Peter Pan in Kensington Gardens (from Wikipedia):

This book J. M. Barrie was to the last generation what “Alice in Wonderland” was to the one before. Written with all that indescribable charm that has endeared him to thousands, it tells the story of how Wendy and her brothers ﬂew to the “Never Never Land” with a boy who never grew up; of the adventures that there befell with wolves and redskins and pirates; of the building of Wendy’s house, and the delight of the little boys who now had a mother at last. In short, it is the narrative of the play “Peter Pan” with its peculiar fascination heightened by new fantasies and containing much that no play … Read more.../Mehr lesen ...

My Lady Nicotine “—a book that suggests but is very unlike ” The Reveries of a Bachelor.” The former is urban : the latter is provincial. A briar pipe filled with Arcadia Mixture starts the reveries in the one ; a hearth fire, in the other. The five bachelors in ” My Lady Nicotine ” seem to be utterly dissimilar in tastes and feelings—and have only one bond of union, their common love for the famous Arcadia Mixture. The solemnity with which they treat their pipes; their assured superiority to everybody outside of the circle which knows and appreciates that mysterious brand of tobacco ; the sentimental selfishness of their bachelor existence, and … Read more.../Mehr lesen ...

Margaret Ogilvy is a book which it is almost sacrilegious to criticise. It takes us into a region where there is no longer any relation but the common tie of humanity between author and reader. Yet just because it is so inaccessible to ordinary comment, it is easy to place the volume. It stands unmatched in literature as an idyll of the divinest of human feelings—a mother‘s love. It pictures one of those rare lives at once so transparent and so deep that they may endure any scrutiny. It lifts the veil from a family interior where faith, purity, and tenderness are native to the daily life, and as it is in the highest … Read more.../Mehr lesen ...

The “Little Minister” is a light comedy, filled with a delicate romance and brightened with the humors of Thrums. It is a light comedy, despite the ambitious strain of the love passages, and the entertainment it affords is, on the whole, an exercise of one’s sentiments, not one’s intellect. The “Little Minister” is a book in which much that happens has no better reason for happening than that the author wishes it to. When we read the story in an idle hour we do not quibble at it for abandoning logic and pleasing us, without regarding the rules of the game. But such shortcomings constitute the difference between a pleasant book and a … Read more.../Mehr lesen ...