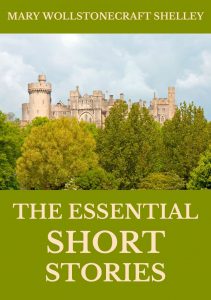 History A Of Six Weeks’ Tour through a part of France, Switzerland, Germany, and Holland; with Letters Descriptive of a sail round the Lake of Geneva and of the Glaciers of Chamonix is a travel narrative, that Mary Shelley has published in 1817. It describes two journeys that Shelley undertook with Percy Bysshe Shelley and her stepsister Claire. The first journey led them all across Europe in 1814, the second one to the Lake Geneva two years later. 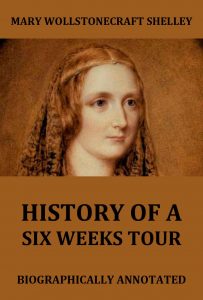 The opening chapter introduces a little deserted child in a picturesque Cornish village. Her parents had died there in apartments, one after the other, the husband having married a governess against the wishes of … Read more.../Mehr lesen ...

Mary in her novel of Lodore, published in 1835, gave a version of the differences between Harriet and Shelley. Though Lord Lodore is more an impersonation of Mary’s idea of Lord Byron than of Shelley, Cornelia Santerre, the heroine, may be partly drawn from Harriet, while Lady Santerre, her match-making mother, is taken from Eliza Westbrook. Lady Santerre, when her daughter is married, still keeps her under her influence. She is described as clever, though uneducated, with all the petty manoeuvring which frequently accompanies this condition. When differences arise between Lodore and his wife the mother, instead of counselling conciliation, advises her daughter to reject her husband’s advances. Under these circumstances estrangements lead to hatred, … Read more.../Mehr lesen ...

In this novel, Mrs. Shelley sets out with the somewhat startling statement of her firm belief that Perkin Warbeck was in reality the lost Duke of York. She is of opinion, that it is impossible for anyone to examine the records in the Tower without arriving at the same conclusion; and sometimes even in the course of the story, we think she overlooks the resemblance of the romance in her eagerness to impress upon the reader her own peculiar view of the historical fact. The various adventures of the unfortunate Perkin, (or the young Prince, as she will have it,) from his escape out of the Tower in childhood to the … Read more.../Mehr lesen ... 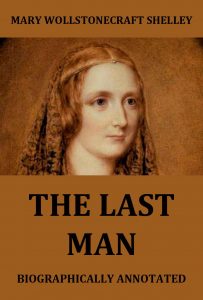 Valperga, published in 1823, the year after Percy Bysshe Shelley’s death is a romance of the 14th century in Italy, during the height of the struggle between the Guelphs and the Ghibellines, when each state and almost each town was at war with the other ; a condition of things which lends itself to romance. Mary Shelley’s intimate acquaintance with Italy and Italians gives her the necessary knowledge to write on this subject. Her zealous Italian studies came to her aid, and her love of nature give life and vitality to the scene. Valperga, the ancestral castle home of Euthanasia, a Florentine lady of the … Read more.../Mehr lesen ...

Frankenstein, a Swiss student at the university of Ingolstadt, is led by a peculiar enthusiasm to study the structure of the human frame, and to attempt to follow to its recondite sources the stream of animated being.’ In examining the causes of life, he informs us, antithetically, that he had first recourse to death. — … Read more.../Mehr lesen ...