‘Cane’ is a novel and possibly the best-known work by Jean Toomer. The novel is built up in a series of vignettes that deal with the origins and experiences of African Americans in the United States. The vignettes picture the South in sketches, short stories and poems by. A book whose tap roots run deep in the Southern soil, and whose music sways our emotions as only primitive desires can. 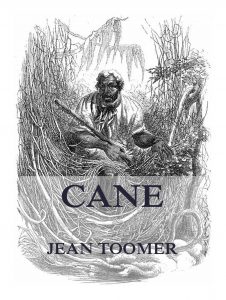 Toomer spent a great deal of time working on the structure of Cane. He said that the design was a circle. Aesthetically, Cane builds from simple to complex forms; regionally, it moves from the South to the North and then back to the South; and spiritually, it begins with “Bona and Paul,” grows through the Georgia narratives, and ends in “Harvest Song.” The first section focuses on southern folk culture; the second section focuses on urban life in Washington D.C. and Chicago; and the third section is about the racial conflicts experienced by a black Northerner living in the South.

In his autobiography, Toomer wrote: “I realized with deep regret, that the spirituals, meeting ridicule, would be certain to die out. With Negroes also the trend was towards the small town and then towards the city—and industry and commerce and machines. The folk-spirit was walking in to die on the modern desert. That spirit was so beautiful. Its death was so tragic. Just this seemed to sum life for me. And this was the feeling I put into Cane. Cane was a swan-song. It was a song of an end.”

(The text of the last section was taken from a Wikipedia entry and is available under the Creative Commons Attribution-ShareAlike License. Wikipedia contributors. (2021, June 5). Cane (novel). In Wikipedia, The Free Encyclopedia. Retrieved 15:00, November 24, 2021, from https://en.wikipedia.org/w/index.php?title=Cane_(novel)&oldid=1027021651)