Jerome A. Watrous, the author of the first volume, and Josiah Seymour Currey, the compiler of the biographical volumes two through five, present a thrilling narrative and in-depth-biographies of an eventful past of a county, the rapid growing of a fantastic city on the lakeshore, and the lives of hundreds of people that were so important for the history of Milwaukee town and country. The whole five books contain thousands of pages of valuable information and are essential for everyone interested in the history the most populous and densely populated county in Wisconsin. This is volume two out of five, containing a wealth of biographies of important people. 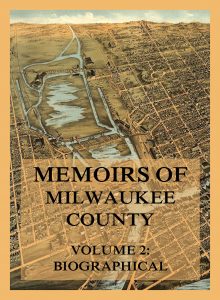