The byways of history often have a fascination denied to the highroads. In these interesting pages Mr. Todd discourses pleasantly on various episodes in the past of an old England commonwealth. He takes us to Fairﬁeld, to Lebanon, to New London, and gives us glimpses of matters not often set down. The picturesque side of our history is too often neglected. Even the strenuous resistance of the colonists to political and religious ideals they did not like did not deprive their lives of all salt and savor. There were dinners and dances at Lebanon, the home of Trumbull, when the French ofﬁcers were there, and “the fair Connecticut girls” were considered attractive by the visitors. Here is an engaging record of the “unconsidered trifles, curious episodes, bits of quaint and curious lore” which the author had succeeded in rescuing from unworked mines of local tradition and chronicle. 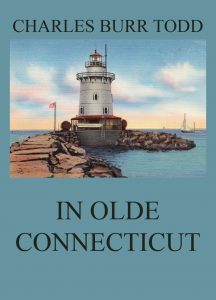