Calvin produced commentaries on most of the books of the Bible. His commentaries cover the larger part of the Old Testament, and all of the new excepting Second and Third John and the Apocalypse. His commentaries and lectures stand in the front rank of Biblical interpretation. Commentaries On The Gospel Of John are numerous, and some of them are written with great learning and ability. Rarely has a separate and extended interpretation been given to any of the other three Gospels, which are, indeed, so closely interwoven with each other, that it is scarcely possible to expound one of them in a satisfactory manner, without bringing the … Read more.../Mehr lesen ... 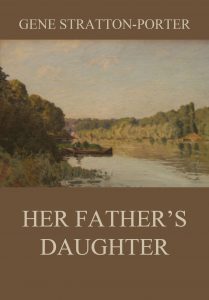 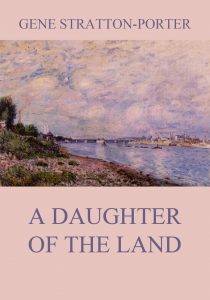 Michael O’Halloran, nicknamed “Mickey”, is a sturdy, big-hearted fellow, an orphan who has remembered the admonitions of his mother and has made the best possible use of them. A most original little fellow he is, full of hard, common sense, and as determined as any boy can be. Every character in the story stands out as clean-cut as a cameo, and there are around dozen of them, all excellent people. The story is interspersed with a feeling for nature – for flowers and birds and the gentle in all things, and with a decided reference for the sweet and genuine and innocent in life, together with an unfaltering faith and expressed assurance in the goodness … Read more.../Mehr lesen ...

Few will forget the charm of the home wedding when Shelley Stanton was married, or the delicious moment when Leon, facing the congregation in the little Methodist Church, recited his thirteen texts, addressing each one to a member … Read more.../Mehr lesen ...

Mrs. Gene Stratton-Porter’s novel is an illustration of the harmony and intimacy which does rightly exist between a man and a forest. In ‘ The Harvester ‘ she has not only dramatized, but proved the purifying and preservative forces that are always present and predominant in such a situation. This is why the story is so popular. It is utterly simple, nothing in the plot to appeal to morbid interest or curiosity. We really prefer what is good and clean in man and in nature if we can get it portrayed in fiction. 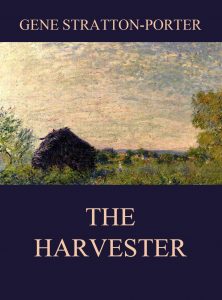 Short biography of the author (from Wikipedia):… Read more.../Mehr lesen ...

The Gospel of Joy

The Gospel of Joy – Stopford A. Brooke

“The Gospel of Joy” indicates by its title the prevailing temper of the sermons the volume contains. Mr. Stopford A. Brooke has, in unusual degree, the essential characteristic of a good preacher — unwavering belief. When this is united, as in his case, to a liberal creed and to insight and taste, it preeminently fits the preacher for persuasive discourse
He descends to the sluggish or distrustful listener from an altitude of invincible faith. One might offer this criticism—that the author more frequently awakens spiritual emotion and brings it to life, than so interprets life as to make it the direct occasion and support of spiritual emotion. We need, as far as … Read more.../Mehr lesen ...

“Harmonies of Political Economy”, the last and principal work of Frédéric Bastiat, has been translated by Mr. Stirling, who says of it, “This great work, the child of Bastiat’s anxious hopes, the subject of his dying thoughts, …. is perhaps the most important and the most original contribution which the science of Political Economy has received since the days of Adam Smith.” Its design is thus explained in the author’s own words: “I undertake in this work,” he says, “to demonstrate the harmony of those laws of Providence which govern human society. What makes these laws harmonious and not discordant is, that all principles, all motives, all springs of action, all interests, cooperate … Read more.../Mehr lesen ... 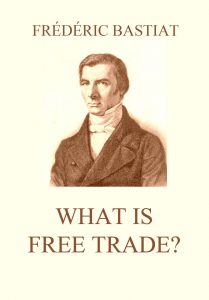 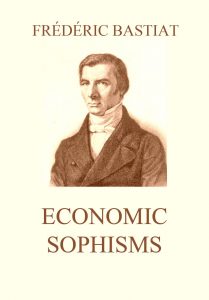