The Book Of The Damned

The Book Of The Damned – Charles Fort

“The Book of the Damned” reminds one of Harnack’s characterization of the Gnostic work “Pistis Sophia” as “dedicated to the propaganda of systematic idiocy.” Mr. Charles Fort, with a zeal worthy of a scientist, has spent a life-time collecting newspaper stories of bodies that have fallen from the sky, such as hailstones as big as elephants, red, black, and green rains, butter, calves, putrid substances, and the like. He admits that observers have sometimes tried to explain these phenomena on known laws, as when Dr. Hitchcock examined a putrid substance alleged to have fallen from the sky at Amherst, and declared it to be a fungus, but Mr. Fort knows that the … Read more.../Mehr lesen ...

This is an exposition of the internal or spiritual sense of the books of Genesis and Exodus, according to the law of correspondences. It unfolds the spiritual significance of the creation; of the stories of Adam and Eve, and of the deluge; of the lives of the patriarchs; of the captivity of the chosen people in Egypt and of their deliverance therefrom, and of their subsequent history; of the ritual of the Jewish religion, its sacrifices and observances:—and in general, traces the foreshadowing through both books of the incarnation and glorification of the Lord Jesus Christ. Many passages from other parts of the Word are also fully explained. Relations of things heard and … Read more.../Mehr lesen ...

Legends Of The Gods – E. A. Wallis Budge

The object of this book is to supply information about the Religion, Magic, Language, Legends and History of the ancient Egyptians. It shows insight on legends like the death of Horus, Ra and Isis, the creational myths and much more.

Legends Of The Gods.

The Hidden Church of the Holy Graal

The Hidden Church of the Holy Graal – Arthur Edward Waite

The reader who would reach to motives and inspirations, who would seek to understand the subtle and secret forces that have moved all history, it would be difiicult to name a work of greater interest or value than this. To the rarer reader who has come upon traces of an undying tradition–a Hidden Church or Wisdom–the book will be a very revelation. The Graal legend, even as it is known to the general reader, woven into the Arthurian epic, is one of rarest beauty and most profound meaning. But when its rich symbolism is revealed in full, the signicance of the great quest, in the which pure-miuded and self-sacricing … Read more.../Mehr lesen ...

Egyptian Ideas Of The Future Life

Egyptian Ideas Of The Future Life – E. A. Wallis Budge

This book is intended to give the reader an account of the principal ideas and beliefs held by the ancient Egyptians concerning the resurrection and the future life, which is derived wholly from native religious works. The literature of Egypt which deals with these subjects is large and, as was to be expected, the product of different periods which, taken together, cover several thousands of years; and it is exceedingly difficult at times to reconcile the statements and beliefs of a writer of one period with those of a writer of another. Up to the present no systematic account of the doctrine of the resurrection and of the future … Read more.../Mehr lesen ... 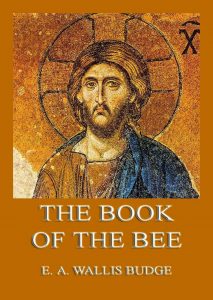 Wonders of the Human Body

The Bible, the Kaballah, the Vedas, and ancient cuneiform tablets, torn from their hiding places in the heart of Mother Nature, all hold the key to the wisdom of the ages ; and some there are who have turned the key and the door to understanding has opened. The author of this work has found the key and he has turned it. Erect and unafraid for he has nothing to lose or gain he reverently offers you that which you are seeking. He does not claim to be the only one who has discovered the key, but, working along the lines hinted at by some modern and many ancient seekers, he … Read more.../Mehr lesen ...

The Virgin of the World

The Virgin of the World – Hermes Trismegistus

The Virgin of the World is one of the most prominent Hermetic books, one of the last monuments of Paganism. The Fragments comprised in this reprint have been the subject of much learned research. In the early centuries of Christianity they enjoyed a high repute as of undoubted genuineness, the Fathers invoking their testimony on behalf of the Christian mysteries, while Lactantius–the “Christian Cicero”–said of them, “Hermes, I know not how, has discovered well-nigh the whole truth.” He was regarded as an inspired revealer, and the writings which bore his name passed for genuine monuments of that ancient Egyptian theology in which Moses had been instructed. And this opinion was accepted by … Read more.../Mehr lesen ...

The Adornment of the Spiritual Marriage – Jan van Ruysbroeck

The Blessed Jan van Ruysbroeck was one of the Flemish mystics. This edition contains his most important writings: 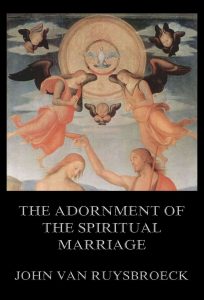 The Adornment of the Spiritual Marriage.

Of Ruysbroeck’s works, the treatise The Seven Steps of the Ladder of Spiritual Love is the one that is currently most-readily available. Of the various treatises preserved, the best-known and the most characteristic is that entitled The Spiritual Espousals. It is divided into three books, treating respectively of the … Read more.../Mehr lesen ...