Michael O’Halloran, nicknamed “Mickey”, is a sturdy, big-hearted fellow, an orphan who has remembered the admonitions of his mother and has made the best possible use of them. A most original little fellow he is, full of hard, common sense, and as determined as any boy can be. Every character in the story stands out as clean-cut as a cameo, and there are around dozen of them, all excellent people. The story is interspersed with a feeling for nature – for flowers and birds and the gentle in all things, and with a decided reference for the sweet and genuine and innocent in life, together with an unfaltering faith and expressed assurance in the goodness of things back of all the seeming trial and bitterness. 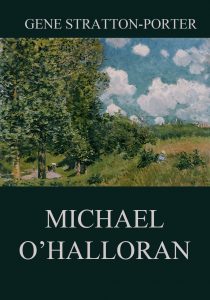