A History of the city of Newark, New Jersey, Volume 2

A History of the city of Newark, New Jersey, Volume 2 – Frank J. Urquhart

In the writing of this history the aim has been to give in a simple narrative all facts, both great and seemingly small, that tend to show how the Newark of the present day has been built up, generation by generation. Anything and everything that seemed to add life, light and color to the story, that was to be found and was authentic, has been made use of. A sincere effort has been made, also, to make the history attractive and interesting to those who, although they may care little for the reading of history, may wish to become familiar with the making of their own city from the day of its foundation as a hamlet, to the present. This is volume two out of two. 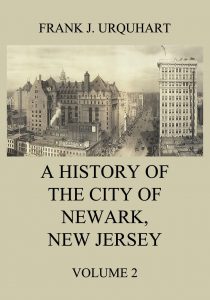 A History of the city of Newark, New Jersey, Volume 2

A History of the city of Newark, New Jersey, Volume 2.