The very warm cover suggests a seasonable book. And behold, we are right. “A Righte Merrie Christmasse”, by John Ashton, who, fancying that some of its customs and privileges might be forgotten, collects all that has been done or could be done at this annual event. 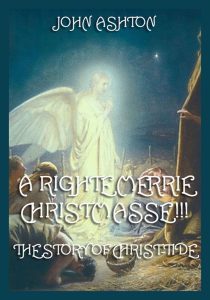