Chicago: Its History and its Builders Volume 3 – Josiah Seymour Currey

Maybe there has never been a more comprehensive work on the history of Chicago than the five volumes written by Josiah S. Currey – and possibly there will never be. Without making this work a catalogue or a mere list of dates or distracting the reader and losing his attention, he builds a bridge for every historically interested reader. The history of Windy City is not only particularly interesting to her citizens, but also important for the understanding of the history of the West. This volume is number three out of five and covers topics like the World’s Fair, Water supply, Parks, the Iroquois Fire, Arts, Bench and Bar and many more. 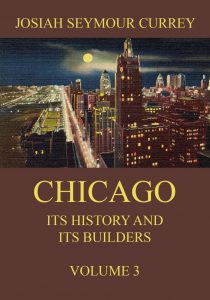