The Book of Jubilees

The Book of Jubilees – Unknown Authors

The Book of Jubilees is the most advanced pre-Christian representative of the Midrashic tendency, which had already been at work in the Old Testament Chronicles. As the chronicler had rewritten the history of Israel and Judah from the standpoint of the Priests’ Code, so our author re-edited from the Pharisaic standpoint of his time the history of the world from the creation to the publication of the Law on Sinai. His work constitutes the oldest commentary in the world on Genesis and part of Exodus, an enlarged Targum on these books, in which difficulties in the biblical narration are solved, gaps supplied, dogmatically offensive elements removed and the genuine spirit of later Judaism infused into the primitive history of the world. 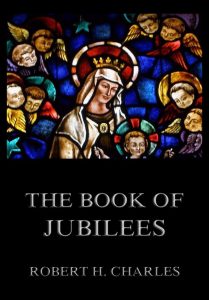 The Book of Jubilees

The Book of Jubilees.

Basics on the Midrash (from wikipedia)

In Judaism, the midrash (Hebrew: מִדְרָשׁ‎; pl. מִדְרָשִׁים midrashim) is the genre of rabbinic literature which contains early interpretations and commentaries on the Written Torah and Oral Torah (spoken law and sermons), as well as non-legalistic rabbinic literature (aggadah) and occasionally the Jewish religious laws (halakha), which usually form a running commentary on specific passages in the Hebrew Scripture (Tanakh).

The Midrash, capitalized, refers to a specific compilation of these writings, primarily from the first ten centuries CE.

The purpose of midrash was to resolve problems in the interpretation of difficult passages of the text of the Hebrew Bible, using Rabbinic principles of hermeneutics and philology to align them with the religious and ethical values of religious teachers.