The British Campaign in France and Flanders Volume 3

This is volume three out of six, covering the events of the year 1917 with a focus on the Battle of the Somme.. 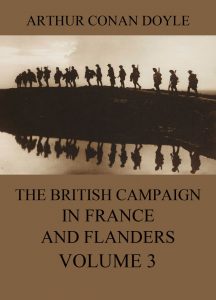 The British Campaign in France and Flanders Volume 3

The British Campaign in France and Flanders Volume 3.