The British Campaign in France and Flanders Volume 5

This is volume five out of six, covering the events of the first half of the year 1918, including the Second Battle of the Somme. 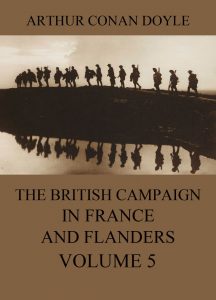 The British Campaign in France and Flanders Volume 5

The British Campaign in France and Flanders Volume 5.