The City of God

The City of God – St. Augustine of Hippo

De Civitate Dei, in English known as The City of God, is a classic of Christian philosophy written by Augustine of Hippo in the early 5th century AD. It is one of his major works, him being considered the most influential Father of the Church in Western Christianity. The The City of God profoundly shaped Western civilization. The treatise was written to explain Christianity’s relationship with competing religions and philosophies, as well as its relationship with the Roman government, with which it was increasingly intertwined. 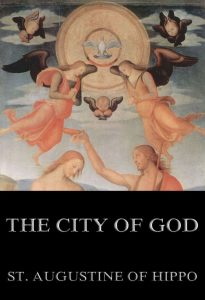 The City of God

The City of God.

2 Antworten zu The City of God