“The Copperhead” is a farmer in northern New York who sympathizes with the South in the anti-slavery struggle, and who in consequence is boycotted by his neighbors. He is driven from church, not allowed to sell his milk at the neighborhood creamery, and in a hundred ways ostracized and treated with scorn. To add to his burden, his son falls in love with the daughter of the arch-enemy of the family, a ranting Abolitionist, and then goes to the war, only to be reported ” missing” after the battle of Antietam. Finally the farmer’s house is set on fire by a crowd of young roysterers who have come with the intention of tarring and feathering him and his ” hired man,” and then the reaction in favor of the Copperhead sets in. The book ends with the return of the “missing ” soldier and the reconciliation of his father’s family with that of the young school-teacher in whom he is interested. Mr. Frederic’s descriptions of life in a rural community at the beginning of the war are true, and his character studies not only have power and individuality, but are evidently based upon careful observation of real life. 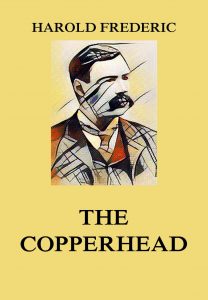