The Great Controversy Between Christ And Satan

The Great Controversy Between Christ And Satan – Ellen Gould White

This book is not published to tell us that there is sin and woe and misery in this world. We know it all too well. This book is not published to tell us that there is an irreconcilable controversy between darkness and light, sin and righteousness, wrong and right, death and life. In our heart of hearts we know it, and know that we are participators, actors, in the conflict. But to every one of us comes at times a longing to know more of the great controversy. How did the controversy begin? or was it always here? What elements enter into its awfully complex aspect? How am I related to it? What is my responsibility? I find myself in this world by no choice of my own. Does that mean to me evil or good? It is the aim of this book, reader, to help the troubled soul to a right solution of all these problems. It is written by one who has tasted and found that God is good, and who has learned in communion with God and the study of His word that the secret of the Lord is with them that fear Him, and that He will show them His covenant. 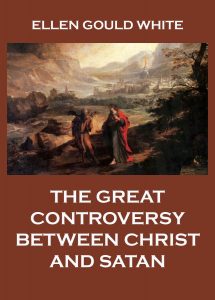 The Great Controversy Between Christ And Satan

The Great Controversy Between Christ And Satan.