Cicero’s letters to and from various public and private figures are considered some of the most reliable sources of information for the people and events surrounding the fall of the Roman Republic. This is volume three out of four with Cicero’s letters from the years B.C. 48 through B.C. 44. 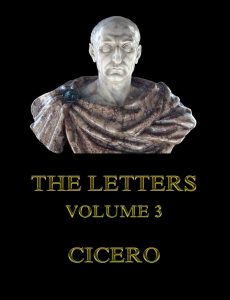