Walter Bagehot was one of the most famous 19th-century British journalists and essayists, whose major works refer to government, economics, and literature. This is the sixth out of nine volumes with his most important writings, this one containing literary and financial essays, as well as his work on the money market in Lombard Street: 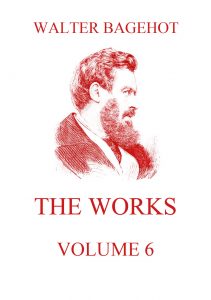