The Yoga Sutras Of Patanjali

The Yoga Sutras of Patanjali are in themselves exceedingly brief, yet they contain the essence of practical wisdom, set forth in admirable order and detail. The theme, if the present interpreter be right, is the great regeneration, the birth of the spiritual from the psychical man: the same theme which Paul so wisely and eloquently set forth in writing to his disciples in Corinth, the theme of all mystics in all lands. We think of ourselves as living a purely physical life, in these material bodies of ours. In reality, we have gone far indeed from pure physical life; for ages, our life has been psychical, we have been centred and immersed in the psychic nature. Some of the schools of India say that the psychic nature is, as it were, a looking-glass, wherein are mirrored the things seen by the physical eyes, and heard by the physical ears. But this is a magic mirror; the images remain, and take a certain life of their own. Thus within the psychic realm of our life there grows up an imaged world wherein we dwell; a world of the images of things seen and heard, and therefore a world of memories; a world also of hopes and desires, of fears and regrets. Mental life grows up among these images, built on a measuring and comparing, on the massing of images together into general ideas; on the abstraction of new notions and images from these; till a new world is built up within, full of desires and hates, ambition, envy, longing, speculation, curiosity, self-will, self-interest. The teaching of the East is, that all these are true powers overlaid by false desires; that though in manifestation psychical, they are in essence spiritual; that the psychical man is the veil and prophecy of the spiritual man. 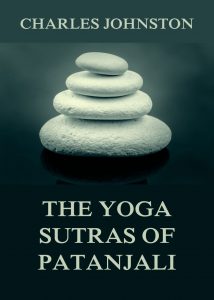 The Yoga Sutras Of Patanjali

The Yoga Sutras Of Patanjali.

Basics about this book (from wikipedia)

The Yoga Sūtras of Patañjali are 196 Indian sutras (aphorisms). The Yoga Sutras were compiled prior to 400 CE by Sage Patanjali, taking materials about yoga from older traditions. The Yoga Sūtras of Patañjali was the most translated ancient Indian text in the medieval era, having been translated into about forty Indian languages and two non-Indian languages: Old Javanese and Arabic. The text fell into obscurity for nearly 700 years from the 12th to 19th century, and made a comeback in late 19th century due to the efforts of Swami Vivekananda, the Theosophical Society and others. It gained prominence again as a comeback classic in the 20th century.

Before the 20th century, history indicates the Indian yoga scene was dominated by the Bhagavad Gita, Yoga Vasistha, texts attributed to Yajnavalkya and Hiranyagarbha, as well as literature on hatha yoga, tantric yoga and pashupata yoga rather than the Yoga Sūtras of Patañjali. In the 20th century the western practitioners of yoga elevated the Yoga Sutras to a status it never knew previously.

Scholars consider the Yoga Sūtras of Patañjali formulations to be one of the foundations of classical Yoga philosophy of Hinduism.