Through one administration – Frances Hodgson-Burnett

A wonderfully powerful and interesting story of modern life and political intrigues in Washington, full of dramatic intensity and vivid portraiture. As a story of Washington life, dealing largely with what might be called social politics, it is certainly a success. As a society novel, it is indeed quite perfect; for while full justice is done to the frivolity and hollowncss of society, and to the fatal effect upon the sweetest and brightest natures of too much society, there is shown delicate appreciation of the fair and noble side of the social culture which both springs from and develops loftiness of nature and generosity of sou 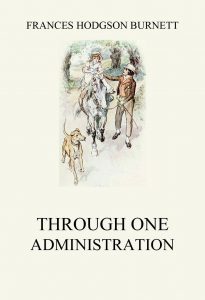