The familiar appearance of Mrs. Molesworth’s gift of delight awakens grateful anticipations which are rarely, if ever, disappointed. The literary work in A Christmas Posy is intrinsically characteristic, and the same must be acknowledged with respect to Mr. Crane’s illustrations. Still the stories, a group of six, are variable in conception. Thus their young readers will be pleased to read them, though the modern parental tendency leans towards a quicker brightness than appeals in the opening story. 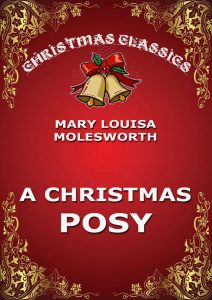