A Man of Mark

A Man of Mark – Anthony Hope

“A Man of Mark” is, like “The Prisoner of Zenda,” a story of adventure and intrigue, its scene laid in an imaginary South American republic, and told in a manner strongly suggestive of opera bouffe. The writer gives his fancy the freest of play, and his characters, despite their unreality, succeed in interesting us in their fortunes. The narrative has swiftness of action, diversity of incident, and cleverness in a hundred minor touches. 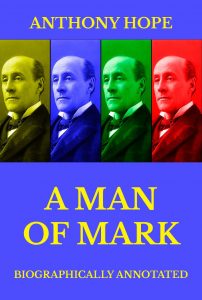 A Man of Mark

A Man of Mark.