As a man thinketh

As a man thinketh – James Allen

This little volume (the result of meditation and experience) is not intended as an exhaustive treatise on the much-written-upon subject of the power of thought. It is suggestive rather than explanatory, its object being to stimulate men and women to the discovery and perception of the truth that- “They themselves are makers of themselves.” by virtue of the thoughts, which they choose and encourage; that mind is the master-weaver, both of the inner garment of character and the outer garment of circumstance, and that, as they may have hitherto woven in ignorance and pain they may now weave in enlightenment and happiness. This edition contains an essay called “James Allen: A prophet Of Meditation”. 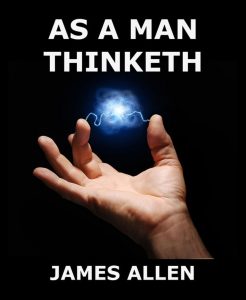 As a man thinketh

As a man thinketh.