By The Christmas Fire

Four essays packed full of common sense which here as elsewhere is really very uncommon sense. Mr. Crothers thrusts his gentle spear down to the deepest reaches of many sham philosophies without appearing to be a philosopher at all. His fashion of making figures or metaphors do his work, and the witty way in which he turns them over or dresses them up result in a style that is charming. For wholesome and elevating views carried home in a most alluring rhetoric these essays are incomparable. “The Bayonet Poker” hinges on an old bayonet converted into a fire-poker as a lesson that evil of the universe and its regeneration are not all in things as apparently intended, but in men and their ways of using things. “On Being a Doctrinaire” is a fine distinction between the doctrinaire and the idealist; and a plea for “things as they are” plus a motive to do the best we can with them instead of posing and scolding at imperfections. “The Ignominy of Being Grown-up” is a slap at the false education that most of us get as a consequence of losing the child’s idealism. In “The Spirit of Democracy” Mr. Crothers punctures some older ideas and commends the new spirit of charity that has become personal and sympathetic. 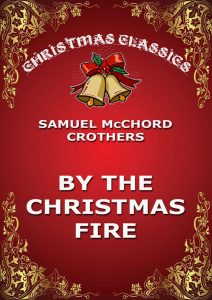 By The Christmas Fire

By The Christmas Fire.