“The Making of a Marchioness” and “The Methods of Lady Walderhurst,” although actually continuous, were published separately in some countries. “Emily Fox-Seton” is the combination of two in one volume. The rather commonplace hero and heroine, who, however, made such a romantic marriage, remain the same as to disposition, but placid Emily in her placid way goes through the most romantic and exciting adventures. 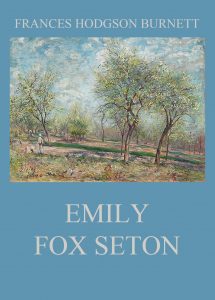