When writing this book the author had two objects prominently in mind. First of all, to make a faithful collection of all essential facts pertaining to the history of San Diego, from the day of its discovery by Europeans down to the time in which the author was living. In the second place, to save from oblivion the rich traditions which cluster about the life of Old San Diego, a place which has all but perished from the earth, yet which should ever possess an absorbing interest not only for those who dwell about the shores of San Diego Bay, but for all students of American history. One will hardly find another book on the history of San Diego that will prove more valuable, informative and entertaining than this volume. 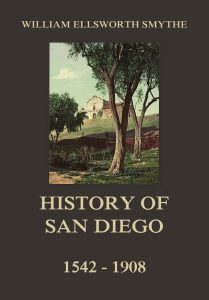