Orange County, Ca. of today has a population of more than 3 million people, making it more populated than twenty-one whole states. The county is famous for its tourist attractions and its beautiful shoreline. Samuel Armor’s book tells the story of the county from its formation till the early years of the 20th century and especially provides overviews of the main cities’ histories. 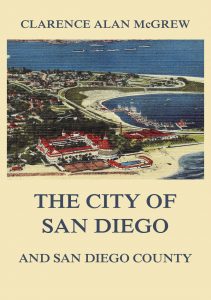