History of the City of New York, Volume 2

Mrs. Martha J. Lamb, formerly the editor of “The American Historical Magazine,” and one of the best informed historical writers of our times, left a great legacy at her death, especially to the citizens of New York, in her masterful effort “The History of the City of New York.” This work has an increasing value with each succeeding year, and, as the late Hon. Thurlow Weed wrote, “No library is complete without it”. Everything about New York, from the first day of its settlement until today, that is worth knowing, is between the pages of this valuable volume. This book is widely conceived as “the” authority on the first two centuries of New York City, forever. This is volume two out of two. 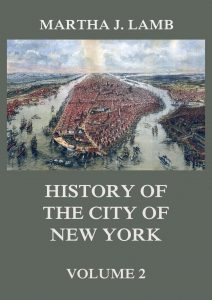 History of the City of New York, Volume 2

History of the City of New York, Volume 2.