Walks in our Churchyards

The writings of Dr. Mines (”Felix Oldboy”) are well known to New Yorkers. This volume is a series of papers published years ago in the Trinity Record, and is replete with historical reminiscences of those who were prominent in public and private life and now rest in the churchyards of Trinity Parish. 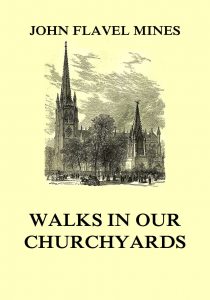 Walks in our Churchyards

Walks in our Churchyards.