In the Valley – Harold Frederic

Harold Frederic has added a most picturesque and interesting region to those celebrated in American fiction. The Mohawk valley of central New York is rich in tradition, in the memory of stirring events, brave deeds, and heroic men, and, above all, in the patriotism of its people. It is endeared to the author of this story by the associations of his youth, and he has already made it the setting for two novels of modern life. In “In the Valley” Mr. Frederic has gone back to the romantic period of the French and Indian, and Revolutionary wars. The daring men and remarkable adventures are the background for a love romance, which is the chief interest of the story. In bloody and cruel times we see an idyllic and pure love grow and flourish in a strong yet tender man. One great charm of the tale is the vigorous but beautiful style in which the old man recalls his story. It is a consistent and faithful reproduction of the stately English of Colonial gentlemen. Altogether this novel is a significant addition to our patriotic literature, which lends dignity to the traditions of our early history. 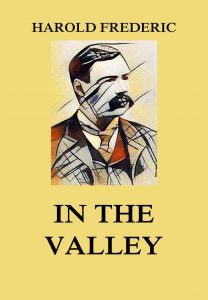