A strong story of every-day life and one essentially American. Seth Fairchild’s experience as a green country boy on a great city daily, of which he finally becomes the editor, is true to the life, and not without its lesson. Isabel,” Seth’s brother’s wife,” is the central figure of a love story which is full of dark shadows. A murder and many realistic descriptions of rural New York life and character are among the elements which go to make up an unusually fresh and original novel. 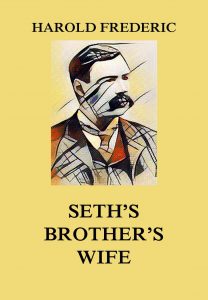