From travellers whose course of wild adventure and whose manifold and uncommon gifts put a pressure upon the reader in following them, similar to that felt by them in exploring, it is very delightful to turn to so small and readable, but fresh and pleasant a volume, as Lady Duff Gordon’s. The scenes she visits and describes are supposed to be well known, but assuredly she has the merit of investing them with all interest very new, arising, principally, from her watchfulness over all human ways, and her own interest in every aspect of human life. The letters are written in a singularly captivating and vigorous English style. They possess the rare virtue of enabling the reader to realize tbe position of the writer and the true aspect of the people. 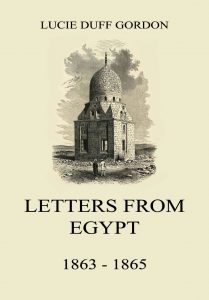