Wherein lies the mysterious attraction which is peculiar to the land of the Pharaohs? Why is it that its name, its history, its natural peculiarities, and its monuments, affect and interest us in a quite different manner from those of the other nations of antiquity? Not only the learned and cultivated among the inhabitants of the Western world, but every one, high and low, has heard of Egypt and its primeval wonders. The child knows the names of the good and the wicked Pharaoh before it has learnt those of the princes of its own country; and before it has learnt the name of the river that passes through its native town it has heard of the Nile, by whose reedy shore the infant Moses was found in his cradle of rushes by the gentle princess, and from whose waters came up the fat and lean kine. Who has not known from his earliest years the beautiful narrative, which preserves its charms for every age, of the virtuous and prudent Joseph, and heard of the scene of that story—Egypt—the venerated land where the Virgin, in her flight with the Holy Child, found a refuge from His pursuers? To answer these and more questions the writer of these pages, who knows and loves Egypt well, has with pleasure undertaken the task of collecting all that is most beautiful and venerable, all that is picturesque, characteristic, and attractive, in ancient and modern Egypt, for the enjoyment of his contemporaries and for the edification and delight of a future generation. 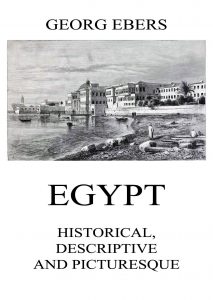