Letters written during a short residence in Sweden, Norway and Denmark

Letters written during a short residence in Sweden, Norway and Denmark – Mary Wollstonecraft

Like every word she wrote, Wollstonecraft’s letters are full of personal revelations and wise thoughts. They are doubly interesting because can trace the intimate thought which lay beneath the public statement. One could pick out of this book enough epigrams to make a motto calendar. “Men with common minds seldom break through general rules. Prudence is ever the resort of weakness.” “There is always a mixture of sentiment and imagination in voluptuousness ” might have been written as a partial apology for the wayward Imlay. She relates her interview with the Prime Minister of Denmark, and sums him up as being “more anxious not to do wrong than to do good.” 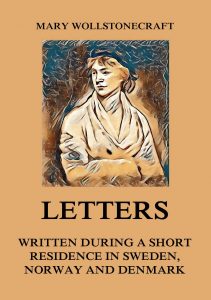 Letters written during a short residence in Sweden, Norway and Denmark

Letters written during a short residence in Sweden, Norway and Denmark.