Maria or the Wrongs of Woman

Maria or the Wrongs of Woman – Mary Wollstonecraft

“Maria, or The Wrongs of Woman” is an unfinished novelistic sequel to her revolutionary political treatise “A Vindication of the Rights of Woman”. The book is widely considered to be her most radical feminist work. “Maria” is a philosophical as well as a gothic novel that revolves around the story of a woman imprisoned in an insane asylum by her husband. 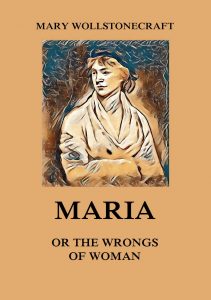 Maria or the Wrongs of Woman

Maria or the Wrongs of Woman.