From the beginning “Little Lord Fauntleroy” was absolutely certain to become one of the few real classics in the literature for children. The author has presented a picture of child-life such as we have never had before; she has not only taken a subject quite new, but she has written with such exquisite delicacy and sweetness the story of the little American boy’s career that even were the situations old instead of new the story would be a notable one. “Little Lord Fauntleroy”, though a book for children, is certainly not a “juvenile” in the common use of the word, paradoxical as the statement may seem. The hero is a manly little fellow, a child, but with all the elements of a man. Mrs. Burnett has made Lord Fauntleroy a thoughtful boy, and she is right in believing that the stories children like best are those best worth thinking about when they are being read. 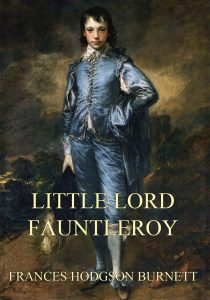