This is the “whole Story” of Sara Crewe, now told for the first time. All the people that liked Sara Crewe—the “slavey” who was comforted by the imaginary imprisonment in the Bastile, the little fat girl whose thoughts and affections moved slowly, but in the right direction, “Melchisedec the rat, with his squeaky but well-governed family—all these have been told about by Mrs. Burnett in a most simple and delightful way. The story of Sara’s griefs and joys, her quaint but effective remedies for her own troubles and for other people’s, her pleasures, which she shares with every one, especially with those who read about them, make this book a holiday book in every sense. It is the kind of story that holds little children and grown-ups to the end. 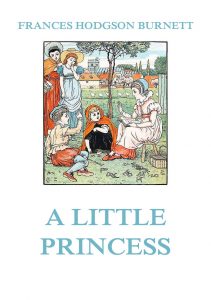