The precocious child who encountered the burglar in the house at night and entertained him while he pillaged, so as to save her father, who was asleep in an adjoining room, was a creature of Mrs. Burnett’s imagination. She was an entertaining youngster, as self-possessed and mentally alert, in her strange situation, as Lewis Carroll’s Alice in her famous interview with the Mock Turtle. 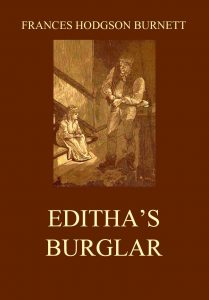