Marsena (and other stories of wartime)

Marsena (and other stories of wartime) – Harold Frederic

a Methodist minister, self-educated, untutored in the ways of the world, and intensely earnest. He is brought into intimate association with a woman who is in every way his spiritual and intellectual antithesis 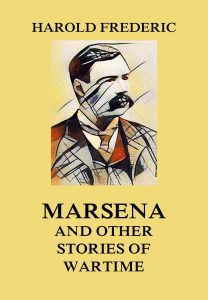 Marsena (and other stories of wartime)

Marsena (and other stories of wartime).