“Mary, A Fiction” is the only complete novel that Mary Wollstonecraft has ever written. She tells the tragic story of a heroine’s successive “romantic friendships” with a woman and a man. “Emile”, Jean-Jacques Rousseau’s philosophical treatise on education, was one of the major literary influences on this book. 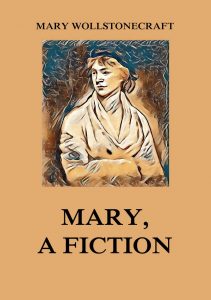