This book was written while Wollstonecraft’s experience as school-mistress and governess was still fresh in her memory. As she explained in the preface, her object was to make up, in some measure, for the defective education or moral training which, as a rule, children in those days received from their parents. In addressing a youthful audience, Mary was as deeply inspired by her love of goodness, per se, and her detestation of conventional conceptions of virtue, as she was afterwards in appealing to older readers. She represents, in her book, two little girls, aged respectively twelve and fourteen, who have been sadly neglected during their early years, but fall, fortunately, at this period of their life, under the care of a Mrs. Mason, who at once undertakes to form their character and train their intellect. 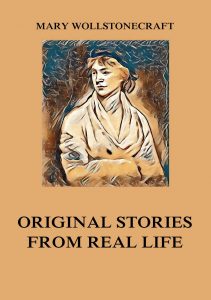