Modern Sons of the Pharaohs

This interesting study of the Copts deserves attention. The Copts are the descendants of the ancient Egyptians, though many of them show a strain of Syrian or Jewish blood, and the Coptic church preserves in a somewhat debased form the primitive Christianity of the fourth century when it parted from Rome and Constantinople. Through the ages the Copts have preserved their faith and their customs; they form about a tenth of the population of Egypt and play a leading part in commerce. This study of the manners and customs of the Copts is notable for its comprehensive and scholarly handling of the subject, for grace of style and rich, descriptive backgrounds. 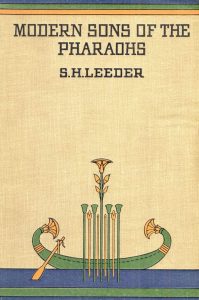 Modern Sons of the Pharaohs

Modern Sons of the Pharaohs.