The keynote of joyousness is struck by the title “Morning Face,” since the words represent the inspired idea of R. L. Stevenson in his verse, “If I have shown no morning face.” About this idea Gene Stratton-Porter, author of “Laddie,” “Freckles,” etc., has made this book for children. Although many tens of thousands of children have read and loved “Freckles” and her other books, this is the first time she has made a book specially for the youngsters. In prose and verse she gives her word-pictures of the buds, the flowers, and the life of the out-of-doors. 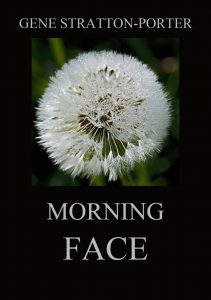