‘Physics and Politics’ is a description of the evolution of communities of men. The materials here are derived mainly from books, the surface to be observed being so extensive, but the attitude is precisely the same, that of a scientific observer. To a certain extent the ‘Physics and Politics’ had even a more remarkable influence on opinion, at least on foreign opinion, than ‘The English Constitution’ or ‘Lombard Street’. It “caught on” as a development of the theory of evolution in a new direction, and Darwin himself was greatly interested, while one of the pleasures of Bagehot’s later years was to receive a translation of the book into the Russian language. 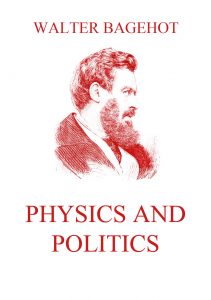