Lombard Street – A Description of the Money Market

Lombard Street – A Description of the Money Market – Walter Bagehot

In ‘Lombard Street’, the money market is pictured as it really was in 1850-1870, and as Bagehot saw it with philosophic eyes. Beginning with the sentence, “The objects which you see in Lombard Street are the Bank of England, the joint stock banks, the private banks and the discount houses,” he describes briefly and clearly the respective functions of these different bodies in the organism of the city, according to his own close observation as a banker himself, knowing the ways and thoughts of the men he describes, and as a man of business likewise in other ways, knowing at first hand the relation of banking to the trade and commerce of the country. 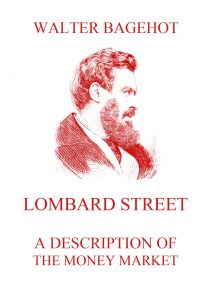 Lombard Street – A Description of the Money Market

Lombard Street – A Description of the Money Market.