In one of Walter Bagehot’s most prominent works, the English constitution is described, not from law books and as a lawyer would describe it, but from the actual working, as Bagehot himself had witnessed it, in his contact with ministers and the heads of government departments, and with the life of the society in which the politicians moved. The true springs and method of action are consequently described with a vivid freshness which gives the book a wonderful charm, and makes it really a new departure in the study of politics. 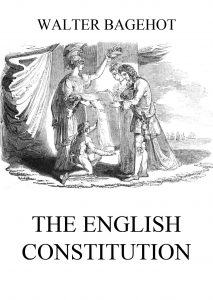